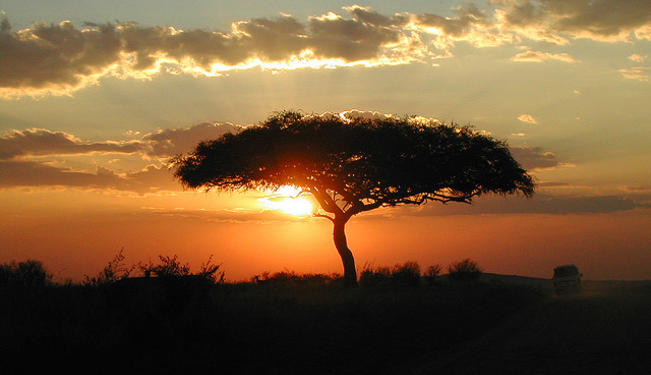 It is that time of the year. Africa’s scorecard for 2012 is out. The results are a mixed bag of goodies — optimism, opportunity, optionality, and optics, and badies — oppression, opprobriousness, oppugns, and opposition.

First, prologue. In part, the pitch and pith of this scorecard is enkindled by the inferences I gathered from a two-day conference I attended on Africa at The Fletcher School, Tufts University, between October 25th and 26th this year. The theme of the conference was, "Africa's Turn: The Promise and Reality of the Global Economy’s ‘Final Frontier.’" The caliber and number of attendees spoke volumes. The conference whose keynote speakers were Kwesi Botchwey, former Finance Minister of Ghana and Founder and Executive Chairman of the African Policy Ownership Initiative (ADPOI), and Deogratias Niyizonkiza, Founder and Director of Village Health Works, was guided under the able stewardship of Professor Bhaskar Chakravorti, the charismatic and cordial Senior Associate Dean of International Business and Finance at The Fletcher School.

Over 200 participants flocked the event to commune in a State of the Union-like conspectus on the economic and developmental health of the continent as reported by renowned professionals and interrogated by the punctilious masses.

The experts, prodded on whether they — looking into their crystal balls — thought this was “Africa’s Turn,” aggregated around the response of “perhaps… and if only…”

It is on this basis, the substantive deliberations at the conference and the compulsion of this year’s developmental indices, that I accord in my own subjective ponderation, and without the benefit of another’s ear, the continent’s grade of 2012 as chartered below.

The largest elephant in any room whose thematic revolves around Africa, was not much staple for the conference attendees. Yes, it was mentioned — and many times over at that — as a core ingredient to Africa’s development, but it was scarcely dwelt upon. Perhaps because this motif has been deliberated ad nauseam in symposia over the last couple of decades — its relevance soaring beyond gainsay. Or maybe because the continent’s positive strides in democratic growth freed the agenda for other important issues affecting it, to take center stage. A tongue-in-cheek exchange occurred in the conference when a few panelists opined that the continent might want to consider putting benevolent dictators at the helm to speed up the sluggish pace of progress. However, Kwesi was quick to spike the auditorium with laughter when he pointed out that “the problem with benevolent dictators is you don’t know what to do with them when they decide to turn malevolent.”

This year saw 10 African countries proceed to the ballot, including Egypt and Libya whose progress to full democratic participation after 2011’s Arab Spring had the world suspended in baited breath. Libya and Angola had parliamentary elections, while the other 8 countries’ plebiscites revolved primarily around presidential elections. Kenya’s elections, which would have added to the number, were pushed to 2013 under the force of the transitional provisions of its new constitution. All the elections of 2012 were largely peaceful, although none, including Ghana’s, the country beheld as a beacon of hope for the survival and progress of Africa’s democratic architecture, escaped the tag of alleged voter fraud.

A particularly bright spot has been the election in Mogadishu, Somalia of Hassan Sheikh Mohamud as the country's new president. That although his election was by the country’s parliament, it appears there’s been a net painstaking movement towards collective engagement and the dawning flicker of a culture of the passing of the torch.

Interestingly enough, the year was marked by the demise of three African heads of state — Ghana’s John Atta Mills, Ethiopia’s Meles Zenawi and Malawi’s Bingu wa Mutharika. The peaceful replacement of these leaders by their deputies: John Dramani Mahama, Hailemariam Desalegn and Joyce Banda (only the second female African president in the continent’s history), respectively, could signify a shift on the continent from the culture of grave succession contestations fraught with bloodshed.

Of course, there’s always the danger of a country relapsing into non-credible election practices. Kenya’s botched 2007 elections, out of step with its previous progression, comes to mind.

However, for this unprecedented overall democratic progress and maturity, I give the continent a cautious “‘B’ for ‘we can do Better.’”

On the flip side of the democratic coin is the scourge of conflict. There has never been a time in living memory, where all nations on the continent enjoyed peace. Indeed, throughout the independence era, conflict has consistently ravaged some part or other of the continent. This year stood true to form, albeit with a pared variance in severity. Although conflict was deliberated at the conference, it too was hardly dwelt upon.

The African Union’s (AU) best efforts this year are perhaps memorialized in its peacekeeping and enforcement endeavors in Somalia through its troops deployed under the African Union Mission in Somalia (AMISOM). Kenya, which got involved in the conflict on October 11, 2011 to rid Somalia of Al-Shabaab militants, formally joined the AMISOM mission on July 6th this year. This has served to unmask a multi-prong approach to battling the rebels, with Kenya sweeping in from the South East of the country and taking over Kismayu while the other AMISOM units comprising troops from Uganda, Burundi, and Djibouti, securing Mogadishu and parts in the north. The result has meant a severe weakening of Al-Shabaab forces and has led to the expanded control of the Somalia government in the main urban centers of the country.

There have been three other major conflicts on the continent, all internal. These include the conflicts in Mali, the Democratic Republic of Congo (DRC), and the Central African Republic (CAR).

The Malian conflict has been quite convoluted to say the least. Beginning on March 21st this year, it scuttled any chance of the country’s presidential elections scheduled for April 29th — about a month later. It began with mutinying soldiers who overthrew the Malian government citing frustrations from ineffective leadership in dealing with rebels in the country’s northern Azawad region, as the rationale for their actions. Following condemnation by the international community and threats by the Economic Community of West African States to impose sanctions on the country, the coup leaders agreed to a return to civilian rule with the country’s Speaker of the National Assembly, Dioncounda Traoré assuming the role of president. The situation has been further complicated by fighting between previously united rebel groups in the north leading to more civilian and rebel casualties. To avert a catastrophe, the UN Security Council acting under Chapter VII of the UN Charter, passed a unanimous resolution to allow for the AU to deploy troops in the country. Deployment is however not expected until the new year.

The DRC conflict is just as convoluted. It began on April 4th this year when several hundred DRC soldiers previously allied to a rebel movement, mutinied. The movement, M23, cited breach of a March 23, 2009 peace treaty — the date from which the acronym of their name is derived — as reason for their rebellion. Based in the North Kivu province of the country and believed to be backed by the Rwandan government, the rebels over several months repulsed the Congolese army by taking over several cities such as Goma and Sake. The conflict has led to the displacement of about 300,000 people, as well as killings, rape and pillage by both rebel and government forces. From late November, the rebels withdrew from both Sake and Goma after negotiations brokered by Uganda. Aside from exposing the vulnerability of the Congolese government, the insurgency has exposed geopolitical interests that transcend the country’s borders, with Rwanda perceived to be a supporter of the rebels and Uganda considered to be the architect of the withdrawal negotiations.

In the last month, there’s been a rebellion in the CAR, with the Seleka Coalition taking up arms under the guise that President Bozizé’s government reneged on 2007 peace agreements. Seleka is quickly advancing from the north to the capital city, Bangui, trampling over government troops in its wake. France, the country’s former colonial power, has refused to intercede, arguing it would require a UN mandate to do so. With few places to hide, the fear for life, limb and property is palpable among the 5 million populace of the landlocked country. A humanitarian crisis looms. The AU and the UN are yet to take any drastic steps to avert impending bloodshed and imminent destruction.

The AU and the UN need to shore up their presence in these conflict areas and act to swiftly prevent a humanitarian catastrophe. On the whole though, this has been one of the least conflict-ridden periods in the continent’s history.

For this I give the continent a “‘C’ for ‘Come on’ already.” 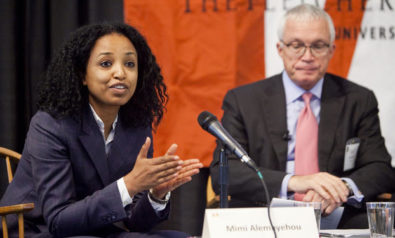 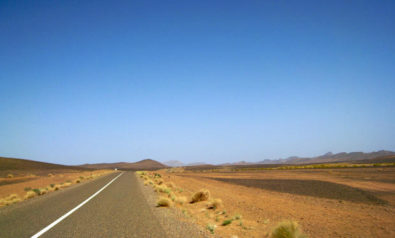 “Africa” No More: Why It's Time to Change the Conversation 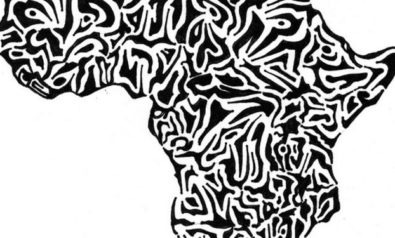 Africa's Turn? The Future of the Continent