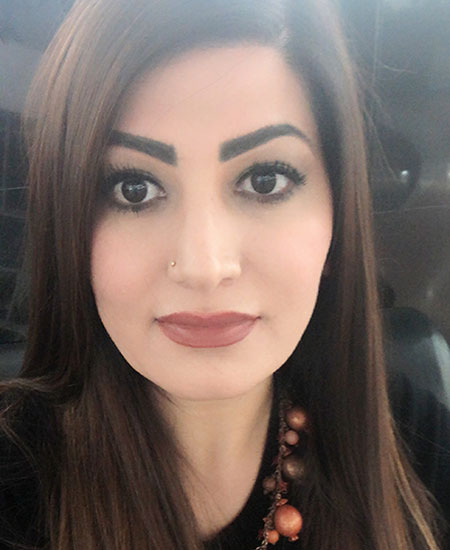 Shukriya Bradost is a political analyst, graduate research assistant and PhD student at Virginia Tech. She wrote a chapter for the book titled, “State and Democracy” about the nation-state and democracy. Her latest research focuses on security and stability in the Middle East. Her academic knowledge, field experience and fluency in five languages make her a unique voice on international and Middle Eastern affairs. She provides regular commentary for major Kurdish and Persian media outlets as well as Voice of America and the Australian SBS Radio. Previously, she served as the manager of the Kurdistan Student Union Media and Research Center and a co-founder of Peacebuilding Movement in Kurdistan Organization (BAN). Bradosti was an intern in the UN Office of the High Representative for the Least Developed Countries, Landlocked Developing Countries and Small Island (OHRLLS) from 2018 to 2019. She is a co-founder and board member of the American Kurdish Research Institute (AKRI). She received an MA in International Security from Leicester University in the UK and a BA in Law from Salahaddin University in Erbil, Iraq.

What Is Erdogan's Real Plan for Kurds?

In a recent interview with Turkish state broadcaster TRT World, President Recep Tayyip Erdogan made clear his ambition for Ankara’s military offensive against Kurds in northern Syria. In an almost two-hour program on October 24, he explained his plan for demographic change in the Kurdish region. Erdogan emphasized the resettlement...