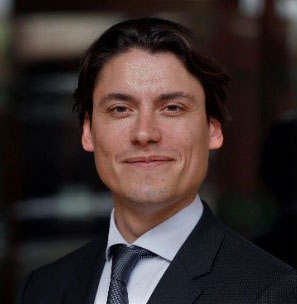 Olivier Lavinal is the lead author of the World Bank Group’s (WBG) Strategy for Fragility, Conflict and Violence (FCV), and the manager of the Global Concessional Financing Facility (GCFF). The GCFF is an open platform that provides concessional assistance to middle-income countries impacted by refugee crises across the world. Lavinal also served as special assistant to the vice president for the Middle East and North Africa (MENA) region between 2014 and 2017. He was a member of the management team that revised the strategy of the WBG in the MENA region and contributed to its implementation. Prior to joining the World Bank Group, Lavinal was engaged in French public policymaking at local and national levels. He served as the chief of staff of the mayor of Lyon and president of Grand Lyon. Lavinal specialized in international affairs and economics. He graduated from Sciences Po Paris, from which he also holds a master’s degree in comparative politics. He is an alumnus of Georgetown University and is a scholar of the Weatherhead Center for International Affairs, Harvard University.

Hosting Refugees and Migrants Is a Global Public Good

On June 20, we celebrated World Refugee Day. This was an opportune time for us all to pay attention to the challenge of forced displacement today. Strikingly, the world is facing the largest forced displacement crisis since World War II, with nearly 80 million people having fled their countries because...