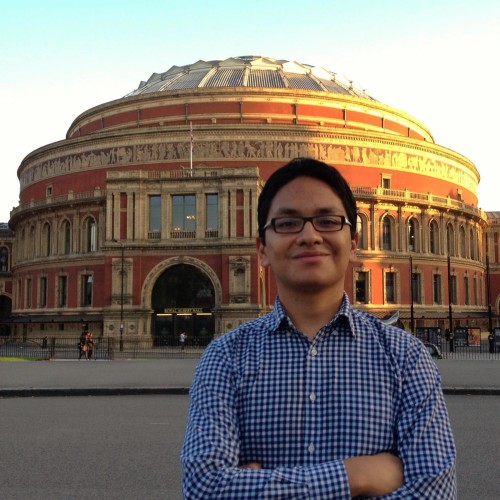 Iván Farías Pelcastre is an Adjunct Lecturer in Political Economy at Lazarksi University in Warsaw, Poland. He has previously been a Guest Researcher at the Centro de Estudios Políticos y Constitucionales, in Madrid, Spain; a Vacation Visiting Research Fellow at the Rothermere American Institute, University of Oxford, and an Academic Visitor at the North American Studies Programme at St Antony’s College, also at Oxford; a Postdoctoral Scholar and Visiting Fellow at the University of Southern California; and an intern at United Nations. He holds a PhD in Political Science and International Studies, and an MSc in Urban and Regional Studies, both from the University of Birmingham, in the United Kingdom, and a BA in International Relations from the Tecnológico de Monterrey, in Mexico. He is currently a student of MA in International Relations at the University of Warsaw, in Poland.

Donald J. Trump secured the presidency of the United States through a victory in a contentious election. His win was owed to the US Electoral College — not the popular vote. This was the case when George W. Bush won the electoral college over Al Gore’s popular win in 2000 that...

Will Zelensky Deliver Much Needed Reform for Ukraine?

The election of an inexperienced politician to Ukraine’s highest office should be taken as a signal that the country’s patience is running thin. On April 21, Ukrainians voted in the final round of the country’s presidential elections. Its result was devastating for the incumbent, President Petro Poroshenko, who ran for...

For López Obrador, corruption is not part of Mexico’s culture. To this day, one of the most serious challenges to Mexico’s public service is the prevalence of corruption among officials. At all levels of government — federal, state and municipal — this barrier has proved to be enduring and difficult...

In Mexico, the Signing of the USMCA Was a Victory for Neoliberalism

President López Obrador has the opportunity to implement the USMCA in a better way than the Salinas and Peña Nieto administrations did. At the beginning of 2018, it seemed that a US withdrawal from the North American Free Trade Agreement (NAFTA) was both possible and likely. US President Donald J....

By foregoing the use of a security detail, Mexico’s president-elect is putting public interest at risk. On July 1, Andrés Manuel López Obrador was elected as Mexico’s new president. His victory marked a historic day for the country: López Obrador is the first left-wing presidential candidate to become successful in...

If reforms are not implemented in the near future, another revolution might be on the horizon for Ukraine. Ukraine‘s political and socioeconomic circumstances have become the subject of various debates across Europe and the United States. The focus of these discussions has been the decreasing optimism among Ukrainians about the...

The Positive Effects of Trump's Challenge to NAFTA

The NAFTA renegotiations are bringing Mexico and Canada closer together, at last. Since the start of diplomatic relations in 1944, and until very recently, economic and political links between Canada and Mexico were limited. Their geographic positions have historically (and strongly) shaped their understanding of the significance and the potential...

For Germany, the greatest gains to be made from Angela Merkel’s trips to Argentina and Mexico are political. The election of US President Donald Trump in November 2016 brought political and economic uncertainty to the world. Upon being elected, Trump announced radical changes to US domestic and foreign policies, aimed...

Germany and Mexico must remain vigilant to prevent public perceptions from negatively impacting their asylum, refugee and migration policies. Germany is facing the most important immigration crisis in its history since World War II. The recent attacks that took place on three consecutive days in Munich, Reutlingen and Ansbach broke...

It is unlikely Mexico will reach its objectives at the North American Leaders’ Summit on June 29. In mid-June, Mexican Secretary of Finance Luis Videgaray traveled to Montreal to deliver a speech at the inaugural session of the International Forum of the Americas. Videgaray affirmed that Mexico remains one of the...