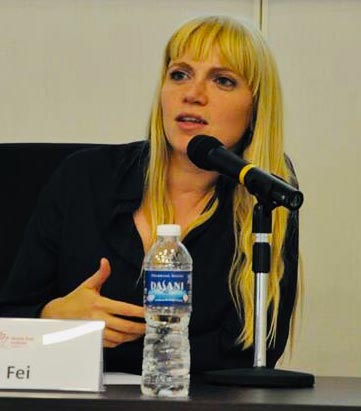 Enrica Fei is a PhD fellow at the Bundeswehr University of Munich. She is at the writing stage of her thesis focusing on Shia identity and post-2003 inter-state relations between Iraq and Iran. She previously worked at the Institute of Arab and Islamic Studies (IAIS) of the University of Exeter, where she lectured on modern Arab history. Fei speaks fluent Arabic, English, French and Italian and is currently undertaking a course in German. She has conducted extensive fieldwork in the region of the Persian Gulf, interviewing relevant individuals for her research in Kuwait, Bahrain and Iran. She will travel to Iraq in early 2020. Besides her academic work, she has worked as a journalist for press offices and magazines. She has published short novels and film and book reviews.

What Departing From Iraq Would Mean

In January, the US assassinated two crucial military figures — Iranian General Qassem Soleimani and Abu Mahdi al-Muhandis, the deputy head of the Iraqi Popular Mobilization Forces (PMF) — on Iraqi territory. This led the Iraqi parliament to vote in favor of the departure of all foreign forces from Iraq....

Unrest Heats Up in Iraq

On August 14, a major explosion occurred in the gas transportation pipeline of the Electricity Distribution Station of Alhartha, located in Iraq’s southern governorate of Basra. Although local sources have talked of some “technical cause,” the blast’s reason remains unclear. In the immediate aftermath of the incident, much speculation has...