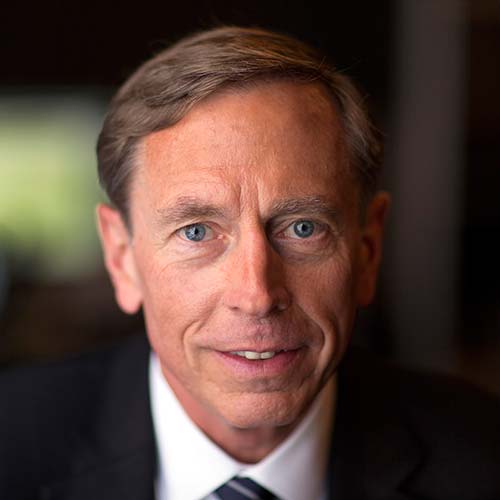 David Petraeus is the former commander of coalition forces in Iraq and Afghanistan and US Central Command, and also a former director of the CIA. He is now a partner in a global investment firm and chairs the firm's global institute. He is also on the boards of directors of Optiv and OneStream, and is a private venture capitalist. He graduated with distinction from the US Military Academy and earned a PhD from Princeton University. He has held academic appointments at the US Military Academy, City University of NY Honors College, University of Southern California and Harvard University. Petraeus has received numerous awards from the US military, State Department, NATO and the UN, including four Defense Distinguished Service Medals, the Bronze Star Medal for Valor, the Combat Action Badge, the Ranger tab and Master Parachutist wings. He has also been decorated by 13 foreign countries.

David Petraeus: It Doesn’t Pay to Bet Against Modern China

The US and China are the two biggest economies in the world. Over the decades, the two countries have been opponents, friends, frenemies and rivals. The US joined the European powers in the exploitation of China, opposed the spread of communism and fought Mao Zedong’s young nation in Korea. This...