As Saudi Arabia pursues economic diversification and sustainable development, the kingdom’s progress on these two fronts requires a reformed education system. In April, Prince Mohammed bin Salman—Saudi Arabia’s deputy crown prince, defense minister and head of the Council of Economic and Developmental Affairs—announced a new and progressive plan known as Vision 2030, which focuses on a variety of economic reforms, business and investment endeavors, as well as cultural and entertainment projects.

Without taking into account the importance, value and overall social implications of a quality education, it is not feasible to implement meaningful economic, cultural and business reforms. Without an educated and skilled workforce, it will be a tremendous challenge for Vision 2030 to meet its target goals. Because of outdated school curricula, ineffective teaching methods and low education standards, one aspect of the vision that will require extensive improvements is in the field of education. It is estimated that two-thirds of the Saudi population of 29 million are under the age of 30. For Vision 2030 to succeed, Saudi Arabia must take advantage of the knowledge, skills and expertise that this age group can bring to the table.

The education aspect of Prince Mohammed’s vision focuses on three major areas: curriculum development, higher education advancements and building skills needed for the job market. The vision includes goals such as “to have at least five Saudi universities among the top 200 universities in international rankings; help students achieve results above international averages in global education indicators; work towards developing the job specifications of every education field.”

At first glance, these goals seem ambitious, bold and hopeful. However, officials in Riyadh have not answered important questions regarding their implementation. Which five Saudi universities will be chosen? What standards will these universities follow? What are the global education indicators? How will educators, advisors and counselors help develop job specification for every education field?

These education goals do, however, align with characteristics needed in a knowledge-based economy, in which reliance is placed on the skills and capabilities of the individual rather than on physical inputs or natural resources. In order for these goals to be met, Saudi Arabia must revamp the structure and, more importantly, the quality of the current education system. The kingdom’s schools stress rote memorization with little emphasis on analytical and critical thinking skills.

According to Theodore Karasik, an analyst on the Gulf, “a gap exists between two cultures: the school versus university ethos.” Students are not learning the necessary skills needed in schools such as questioning, problem solving and creative thinking. When Saudi students begin university, they will face a whole new slew of challenges. “Some factors that feed into this include studying in English, a lack of personal commitment to college education and inadequate study skills, Karasik notes. “The issue of studying in English is significant because physics, chemistry and biology traditionally use English as the basic language that directs approach, methodology and analysis.”

What this creates then is a society of Saudi graduates not adequately prepared to enter the workforce, and even more difficult to compete on a global level. This has, in turn, formed a society dependent on foreign skills and expertise. Will Saudi Arabia import ideas, methods and designs to implement Vision 2030, or will the kingdom rely on homegrown solutions from Saudis themselves?

In a country deeply rooted in religion, tradition and customs, Vision 2030 will require changes in the overall mindsets of individuals, families and communities. The principles of education in Saudi Arabia are strongly rooted in the teachings and values of Islam and sharia law. At the K-12 level, there is a greater emphasis placed on learning about the religion, culture and history of the country as opposed to subjects related to science, technology, engineering and mathematics (STEM).

In order for students to be successful in STEM subjects at university level, it must first be heavily incorporated in the K-12 curriculum. In recent years, there have been efforts to build higher education institutions that stress the importance of science and research such as King Abdullah University of Science and Technology.

STEM education and practices have yet to make a real significant impact on students throughout schools and universities in Saudi Arabia. According to a UNESCO report on education in Saudi Arabia, the general goals of education in the kingdom besides religion is “to equip students with various skills and knowledge; to develop their conduct in constructive directions; to develop the society economically and culturally; and to prepare the individual to be a useful member in the building of his/her community.”

Saudi Arabia must build a skilled and educated workforce in order to compete in the global economy. This idea is not a new phenomenon. When King Abdullah inherited the throne in 2005, he changed the education opportunities available to both men and women. The year he took power, the late king created a program called the King Abdullah Scholarship Program (KASP) with the help and support of former US President George W. Bush. It is the largest, fully-funded government program of its kind currently in place. KASP represents a massive educational effort on the kingdom’s part to send students abroad to get academic degrees and medical fellowships.

This program hoped to not only ease tensions between the United States and Saudi Arabia at a time in which tension and resentment abounded, but it also aimed at creating a new thriving generation to modernize the country.

In 2015, the US-Saudi Arabian Business Council reported that “$6 billion was earmarked for over 207,000 Saudi students studying abroad and their families.” Under KASP, students are able to study abroad in Western higher education institutions and learn analytical and critical thinking skills, improve their English and gain real life experiences through internships and volunteer opportunities. Students who studied under KASP and returned to Saudi Arabia are now in an integral position where they can play a crucial role in the development and the implementation of Vision 2030.

The Irtiqaa program, an initiative included in Vision 2030, will measure the effectiveness of Saudi parents’ engagement in their children’s education. By 2020, 80% of Saudi parents will have to participate in school activities and the learning process of their children. If successful, this could be profound. Typically, housemaids are responsible for raising and caring for Saudi children. This is an important component to consider when implementing such rigorous efforts. How will the dynamics change between housemaids, children and parents?

Other programs can be incorporated into school curricula to better engage students at an early age. For example, the United Arab Emirates (UAE) has declared 2016 as the Year of Reading. Children are encouraged to read for pleasure and enhance their knowledge outside of the classroom. This program does not seem to have had a ripple effect on other members of the Gulf Cooperation Council (GCC) as of yet. However, it provides an example of the types of programs needed to engage children at all age levels. There is little known at this point on how these targets will be reached. Nonetheless, the education reforms are essential for promoting economic growth, facilitating development and even possibly changing the mindsets of individuals.

Under the kingdom’s current social climate, achieving the commitments and goals outlined in Vision 2030 will be challenging. The roles of Saudi women in society, labor laws and guardianship laws are just a few of the social issues that have hindered the kingdom’s advancement, both on the local and global scale. However, just this past April, officials in Riyadh announced new regulations for the Saudi religious police (mutawaa), stripping their powers to arrest.

Will Saudi Arabia see more of these social changes?

Ultimately, to successfully implement education plans, Saudi Arabia must utilize education advisors, experts and consultants. The education sector should take advantage of those students who studied abroad, particularly in the field of education, so they can share best practices, pedagogies and standards followed in schools, universities and institutions abroad. These ideas would then need to be incorporated within Saudi Arabia’s education system in a way in which it meets the demands of not only the job market, but also the developmental needs of students. The Saudis must emphasize “non-traditional” fields of study such as humanities, political science degrees and the arts, along with STEM subjects.

Saudi Arabia needs to build an education infrastructure in which students and families have major incentives to remain in their home country for the purpose of pursuing education opportunities. Of course, change never takes place quickly, and it is far too early to predict the fate of Prince Mohammed’s Vision 2030. Only time will tell how and, more importantly, if Saudi Arabia’s education will exceed expectations and break barriers at international levels. 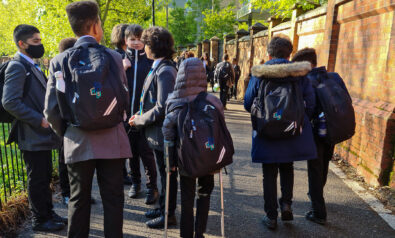 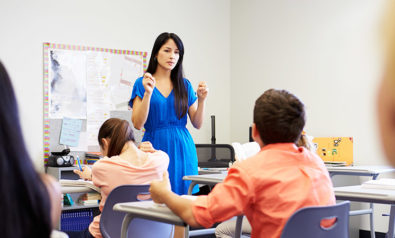