Ethnic and racial discrimination has been an issue for Europe throughout history.

What does the rise of a radical-right party like the Austrian Freedom Party (FPÖ) have to do with anti-discrimination policy in Europe? In the year 2000, after the FPÖ became part of the government in Austria, the EU passed the Racial Equality Directive (RED) as a response to the party’s anti-immigrant position. In 2015, I discussed my recently published book, Legislating Equality, with staff and colleagues at the European Network Against Racism (ENAR) in Brussels. The discussion was mainly focused on the retrenchment that had occurred in the 15 years since the passage of the RED.

Many in the room felt despair at the rise of anti-immigrant and racist politicians in many countries and a general sense that discrimination was increasing, despite the efforts of organizations like ENAR and the Fundamental Rights Agency (FAR) that were dedicated to fighting all forms of discrimination. One frustrated staff member asked if I, as an American, had any suggestions for them to pursue that might help in their work.

That plaintive request was made at a time when we still had an African-American president, and no idea what was to come in the fall of 2016. Britain’s Brexit vote and the election of Donald Trump in the US were shocks to many, yet they are part of a broader trend in America (including South America, most recently Brazil) and Europe, a backlash that began many years earlier. It is difficult to trace when issues of immigration, race and discrimination became most salient. There are many studies that have examined public opinion on these topics, but none that prepared for the electoral earthquake that was 2016.

Anti-discrimination policy in the European Union is only one component in this story. Anti-Muslim sentiment, refugee flows, and terrorism played a very important role in public attitudes and support for some parties, like the UK Independence Party (UKIP), Geert Wilder’s Freedom Party in the Netherlands, the French National Front and Alternative for Germany (AfD). Another factor for many has been a loss of support for the EU in the wake of the fiscal crisis that began in Greece in October of 2009, and the broader global recession which clearly had a negative impact in countries like Spain, Portugal, Italy, Ireland and even the UK’s financial industry.

Ethnic and racial discrimination has been an issue for Europe throughout history, but given the growing minority communities and anti-immigrant violence in Europe today, anti-discrimination policy would seem a natural area for concern. It is important to note that anti-discrimination policy did not develop directly from demands by minorities in these countries, as it did in the US. The development of legislation in America came during a time of great social upheaval in the 1960s. The situation in Europe was quite different: As a response to the rise of anti-immigrant radical-right parties, politicians across the continent drew upon policies that had been diffused from the North America to Britain in the late 1960s.

The development of the RED closely mirrored European deepening in the 1990s, but its roots lie in developments during the 1980s. Although European integration stalled during the 1980s, actors in the European Parliament saw a political opening for action with the rise of the radical right in places like France and Germany. In the 1980s and early 1990s, racist acts of violence and the stunning success of radical-right political parties across Europe catapulted the issues of immigration, xenophobia, fascism and racism to the forefront. The European Parliament was only beginning to take on a more important role in the supranational structures that were under construction during the 1980s, but it would play a key role in the development of anti-racist — and what would ultimately become racial anti-discrimination — policy for the European Union.

However, it is also important to note that the focus on anti-racism goes back to the civil rights era of the 1960s in the US and the impact it had on policy in Europe, particularly in the United Kingdom. Beginning in 1965, Britain expressly recognized the role of race in British society because of immigration from former colonies with diverse populations that increased the numbers of ethnic minorities in the country. Drawing upon the American example, UK Parliament enacted a series of laws that prohibited racial discrimination. It also established institutions specifically charged with their enforcement, including the creation of the Commission for Racial Equality. In many respects, the policies prescribed in the RED resemble these laws and institutions.

In the 1980s, along with the increases in racist violence, the entry of radical-right parties into the European Parliament led to concern at the EU level. In 1984, the European Parliament took the lead in dealing with racial discrimination, spearheaded by a British Labour Party MEP, Glyn Ford. The European Parliament was seen as a secondary institution at the time, with little influence. However, given the outcome of the RED less than 20 years later, it is clear that the actions taken in the mid-1980s set in motion a series of reports and actions that would ultimately lead to the passage of the RED.

As the EU passed the Maastricht and Amsterdam treaties, advocates saw an opportunity to also expand the rights of ethnic minority groups, and the European Commission became a partner in these efforts. The European Union declared 1997 a “Year against Racism.” This declaration was clearly in response to the success of radical-right parties, but it also signaled a shift in the approach that the EU would take to issues of racism and discrimination. First, it acknowledged that racism existed, and, second, it helped to lay the groundwork for member states to take on this issue through policy change at the EU level.

As I conducted my dissertation research through the mid to late 1990s, I was often surprised at the lack of institutions that could deal with discrimination issues. France’s “color-blind” approach to discrimination made it difficult for ethnic minorities to prove disparate treatment. Germany’s continued insistence that it was “not a country of immigration” made it difficult for Turks and other minorities to gain citizenship and be considered members of the community. Around this time, anti-racism organizations from around Europe formed the transnational European Network Against Racism to track and report on racist acts. The passage of the Racial Equality Directive was the culmination of many years of effort on the part of actors throughout Europe, and the catalyst of the election in Austria in 1999 made the directive an imperative for European leaders.

All EU member states have transposed the EU into national law and created the equality bodies that were required by the legislation. However, the implementation of the RED has been negatively impacted by the lack of support from more conservative governments that came into power in the early 2000s. In 2008, a survey by FAR found that 57% of immigrants and ethnic minorities were unaware of the existence of anti-discrimination legislation, and 82% of those who were discriminated against did not report it. The 2009 fiscal crisis also caused many countries to cut the budgets of their equality bodies. The ongoing support for populist radical-right parties, along with a spate of deadly terror attacks has shifted the focus away from discrimination to immigration restrictions.

The response to the rise of radical-right parties in Europe in the last 10 years has been disheartening. Many mainstream parties, on both the right and the left, have taken on the rhetoric of the radical right, focusing on restrictive immigration and immigrant integration policies. The concerns of the working class are valid, but the working class includes ethnic and religious minorities who also feel the brunt of discriminatory housing and employment policies.

Despite the passage of the Racial Equality Directive, Europe still needs to develop an environment where ethnic minorities are aware of the resources available to them to deal with discrimination. It is incumbent upon those who support equal rights to shift the rhetoric and focus on policies that can be beneficial to all. 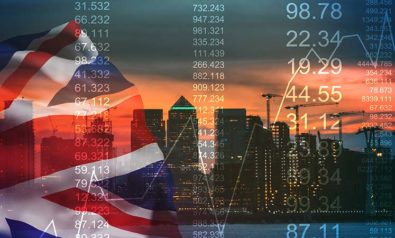 Brexit Is a Suicide Attack on the UK Itself