Amid poverty and water shortages, bombing Yemen will not solve the country’s problems.

The last few days have marked a new distinctive chapter for Yemen’s slow descent into oblivion. As Saudi Arabia and its coalition of the willing continue their attacks on Houthi Shiite rebels and their foe-turned-ally, former Yemeni President Ali Abdullah Saleh, Yemen has begun deteriorating on a scale never seen before.

At the time, the Houthis maintained their peaceful commitment to a political solution brokered by the United Nations, despite controlling last parts of northern Yemen. However, this was short-lived once the Houthis placed the Western- and Gulf-backed president, Abd Rabbuh Mansour Hadi, under house arrest following his resignation. Hadi is widely considered to be the legitimate leader of Yemen after initially being elected as a caretaker following the Arab Spring in 2011, which ousted then-President Saleh under the terms of a Gulf Cooperation Council (GCC) agreement.

Having taken over Sana’a, it became relatively clear to Hadi that the Houthis were not interested in a political solution or the actual presidency itself. The Houthis preferred to keep Hadi as the head of state, but on the condition that he direct all decision making to them and Abdul-Malik al-Houthi, their leader.

Upon Hadi’s resignation, the Houthis adopted a change of tone heading toward increased militarism. At the same time, a recorded telephone conversation between Saleh and a Houthi representative was leaked, in which the former Yemeni president was giving orders to the Houthis regarding cooperation.

Saleh, once a friend of Saudi Arabia during his 33-year tenure as president, negotiated a highly decisive agreement in 2011, which meant he would resign from office in exchange for immunity and his continued residence in Yemen. Not only was this signature Saudi move an ill-thought-out betrayal of the people’s democratic will, but more importantly, it demonstrates a unique irony that the very same power base that Gulf states are now attacking only flourished because of their assistance.

For his part, Saleh, who wants his eldest son to become president, fought Houthi rebels from 2004-09 in a domestic battle as they began their military insurgence after been sidelined from mainstream Yemeni politics.

The Houthis are part of the Zaidi branch of Shiite Islam, which is arguably closer to the Sunni Islam that is practiced in Yemen than it is to the mainstream Twelver Shiism that dominates in Iran.

Nonetheless, this has not prevented the West and the Gulf from asserting that the Houthis are supported by Iran, in an attempt to explain the group’s rise and drag Yemen into the sectarian power battle that is being played out by Iran and Saudi Arabia. Although the Houthis chant “Death to America, Death to Israel,” which is strikingly similar to Iranian rhetoric, there has been no real evidence of military assistance.

In a way only Yemeni politics can, friends became enemies and enemies became friends overnight. Saleh befriended the Houthis, with whom he previously fought in order to overthrow Hadi, who was once part of the same political party as Saleh and even acted as his vice-president. The Houthis have been used by Saleh as a vehicle to seek revenge against people like Hadi who deserted him. Saleh and the Houthis found love in their mutual hate for Yemen’s Muslim Brotherhood, a party called Al-Islah, which supported the Arab Spring protests against the strongman president; the party is also an ideological opposite of the Shiite group.

Accomplishing what appeared to be the impossible in 2011 when protests broke out in Yemen, the Houthi-Saleh combo set their sights on capturing the entire country and humiliating Hadi. As the Houthis commenced their first incursion into southern Yemen where Hadi had sought refuge in the port city of Aden, troops loyal to him managed to stem their tide. Determined as they were, the Houthis attempted a second effort to conquer the south, only to find a Saudi-led coalition on their doorstep. Prior to this, Hadi had dispatched his newly minted foreign minister, Riyadh Yasin, to Saudi Arabia in order to seek a military intervention.

It appears that the Houthi attempt to the capture the south was a red-line for the Saudis. As the situation now stands, the bombing continues as the coalition widens its spread against Houthi-Saleh outposts.

It has been suggested that airstrikes are laying the groundwork for boots on the ground from both Egypt and Saudi Arabia, but such an intervention might be a grave miscalculation. In the 1960s, Egyptian President Gamal Abdul Nasser sent 70,000 soldiers to fight a proxy war in Yemen; only 60,000 returned home. The conflict is remembered as Nasser’s Vietnam. While the Saudis probably can’t remember a time when they weren’t involved in Yemen, its appetite should be for as little involvement as possible.

Indeed, Yemen is a complex country and one that is difficult to control. Many have tried and many have failed. Whether or not the Saudi-led bombing of Yemen will achieve control remains to be seen, but the clear consequence is the increased suffering for the everyday Yemeni who knows all too well about suffering already. For those who are unaware, Yemen faces a humanitarian food crisis, with half of the population starving. And water shortages most likely mean that Sana’a will be the first capital city in the world to run out of water.

Bombing Yemen, regardless of the intention behind it, will not solve the country’s problems. It will exacerbate them. 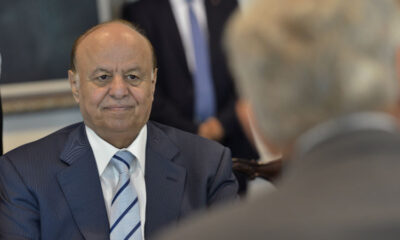 5 Years After Arab Spring, Where Now for Yemen? 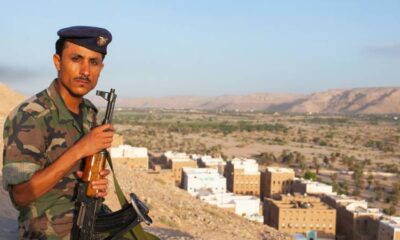 The Next Step in Yemen’s War