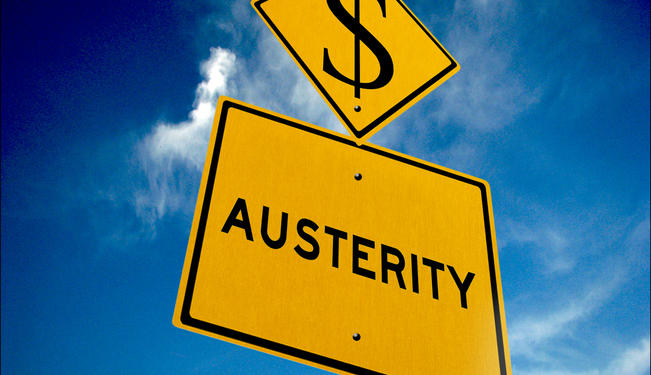 Europe's course is slowly changing in the wake of the EU summit, with Germany agreeing to stimulus instead of austerity.

The politics of Eurozone crisis-management have reached an inflection point. The Berlin consensus that served as the guiding principle is giving way to a new center of gravity based in the EU's Mediterranean states. The US $150 billion growth compact, agreed last week in Rome by the leaders of the currency union’s four largest economies, is the first indication of this move. The stimulus, roughly the equivalent of one percent of total eurozone GDP, is a clear departure from the austerity-driven emphasis that has characterized EU crisis management since 2010.

This week’s Brussels summit continued Europe’s fundamental course correction. By allowing direct re-capitalization of Eurozone banks and the direct open-market purchase of sovereign debt by the European Financial Stability Facility (EFSF) and its successor, the European Stability Mechanism (ESM), European leaders took a pre-emptive step to provide the Italian and Spanish financial systems a lifeline that can stem the vicious cycle between sovereign and bank debt. Italy’s technocrat prime minister, Mario Monti, perhaps the chief architect of this arrangement, has stated that Italy does not need to call upon this lifeline now. His hope is that its mere existence will change investors’ assessment of the credibility of Italian public and private finance.

That echoes what one senior European official said earlier this month. He hoped that market pressure would ease once a detailed plan for mid-term crisis management was in place. Clear benchmarks for bank and sovereign guarantees would provide markets with the certainty that they have sought for two years. Immediate implementation wasn’t necessary, he argued. Just an agreement would suffice.

For the Merkel government, however, the agreement reduces the certainty of its negotiation strategy. The chancellor’s concessions regarding the ESM have elicited questions about the decoupling of financial relief from conditionality for Europe’s financially troubled states. Some German politicians and commentators note wryly that politics seems to imitate soccer: The German national team’s loss to Italy reflects Berlin’s defeat at the Brussels summit. That perception means the Merkel government must assuage domestic unease in the coming months by shoring up previous agreements on German conditionality and advancing the German vision for more effective Eurozone governance. On both issues, however, Germany’s faces opposition, primarily in France.

Newly elected President François Hollande campaigned on the promise to roll back even the modest structural reforms that his predecessor had introduced, including lowering the retirement age to its pre-crisis level. In the meantime, the new administration in Paris has already increased the national minimum wage by two percent. The move seems modest, but it sends a signal for higher wages throughout the French economy, which has long suffered a lack of competitiveness vis-à-vis its northern neighbors. In addition, the Hollande government has pledged to hire 60,000 new teachers by shrinking the public workforce in other areas. But this will be difficult given the sacrosanct position that French labor law gives to civil servants. With a debt equal to 90 percent of its GDP, France teeters on the edge of the Reinhart-Rogoff inflection point at which public debt has historically threatened to consume any prospect of growth. Meanwhile, the Assemblée Nationale cannot cobble together a majority to vote through the fiscal pact that the previous government championed.

Developments in Italy, Spain and, despite being under conservatorship for the better part of two years, Greece, reflect a similarly tenuous commitment to implementing difficult structural reforms.

In the long run, the Franco-German fissure puts Germany’s long-term vision for Eurozone governance in doubt. For Chancellor Merkel, it’s all about the sequencing: liberalize, democratize and, finally, mutualize. Despite her “not in my lifetime” declaration on Eurobonds, she began outlining this month an ambitious, long-term plan for a Europe whose federalization goes beyond anything seen thus far. European Council President Herman Van Rompuy and other EU leaders introduced a detailed roadmap reflecting this vision.

President Hollande, however, has until now summarily rejected the German sequencing and has ruled out transferring more national power to Brussels. He also seems to be amassing allies in northern Europe for this stance. The Dutch government has expressed its unwillingness to cede budgetary control to a European treasury and is wavering in its commitment to the fiscal pact it signed in December.

The Sarkozy government’s finesse minimized the Franco-German discord by acquiescing to the Berlin consensus on austerity to buy time to iron out a common position for Eurozone governance. Today, the Eurozone’s way forward is less clear. The Berlin consensus may have fallen, but it remains to be seen what will take its place.

Tyson Barker is the Bertelsmann Foundation's director of trans-Atlantic relations.