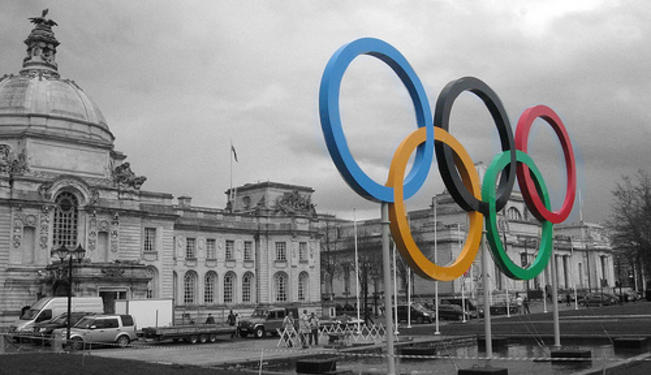 An analysis and commentary on the social, economic, and political dissonance in Britain and the related attempts at reform underway. This is the second in a series of three articles. Read part 1 here.

No observer could avoid being shocked by the riots of August 2011. Tourism and investment naturally suffered. As Britons mourned, the government’s response was rhetorical and unhopeful: the Prime Minister David Cameron in particular blamed a “sick” society but did not offer a clear diagnosis or cure.

Instead, the government looked forward to 2012 as another opportunity to strengthen social cohesion through national celebrations. First, the Queen’s Diamond Jubilee at the start of June; second, the Olympics at the end of July. Just after the riots, the government launched its long-planned campaign to advertise Britain as “great”.

The government is right to invest in the monarchy. A constitutional monarchy avoids the dilemma faced by Americans, for instance, who cannot separate their head of state from their primary administrator. Thus, Americans struggle to celebrate the President as the primary living symbol of the nation and to criticize the same President’s governance (at least during national crises).

The Jubilee has shown the increasing strength of monarchism in Britain today. However, the monarchy alone is not sufficient to hold together a nation of over 60mn. Britons of retiring age are strongly in favor of the monarchy, but most youths would not care to retain the monarchy. Moreover, much of current monarchism is based on admiration for the person of the Queen, who has generally seen her public privileges diminish, but genuinely has dedicated her life to public service with few challenges to her character, of which the most serious (her muted reaction to the death of Princess Diana in 1997) reflected more on society’s preferences for hysteria and celebrity over traditional phlegm and restraint. As the event showed, a monarch’s minor misstep can cause majority support to collapse within weeks; her known successors (Princes Charles and his son William) do not yet boast the same level of affection or dedication.

The government cannot hope for much of an enduring boost from the Olympics either. All governments invest in national sport as a way to stoke national cohesion; Britain is unusual in that it is not represented in most sports outside of the Olympics. Depending on the sport and competition, England, Wales, Scotland, Northern Ireland, and even some minor territories, such as the Falkland Islands, compete without any British team. Moreover, many observers have expressed concern about the lack of national spirit in the crowds attending certain sports: English soccer enjoys the strongest support, but Scottish soccer, centered in Glasgow, has been split for decades between generally pro-British protestants and generally pro-Irish Catholics; England cricket players have complained that visiting teams – particularly South Asian — attract more supporters at England’s home matches; Northern Irish residents watch their soccer players play for the British province, while their rugby players play for the whole island of Ireland.

As it happens, the Olympics are likely to see impressive British performances, following several years of increased investment in British Olympic athletes, who achieved their best performance ever in Beijing (2008). Yet the London Olympics have failed to generate the enthusiasm that Tony Blair promised when he took such a personal role in securing the award. Austerity has reinforced the cynics’ expectation that the Olympics would cause years of debt for a few months of economic benefits.

Although the organizers aim to leverage the investment to redevelop deprived areas, most previous Olympics have left behind expensive infrastructure whose capacity is beyond post-Olympics needs. Britain is likely to attain less than the forecasted boost in tourism; although tourists are heading to the Olympics, they displace tourists who would have visited anyway but want to avoid the additional hassle associated with the Olympics. Recent transportation problems have discouraged them further: London’s train network still lacks capacity to make travel comfortable for ordinary commuters, let alone exceptional levels of tourists, and it failed to meet demand during the Diamond Jubilee. In the spring, London’s airports saw queues for immigration lasting hours, in part because of austere cuts to immigration staff. These hassles put off the casual tourist. Past terrorism and public disorder discourage the risk-averse tourist. By June 2012, about 8mn tickets had been sold for the Olympics and Paralympics, but another 3mn remained.

The planning for the London Olympics has disappointed many with its often uninspiring and sometimes bizarre style, including the infamous symbol for 2012, which at best is difficult to discern and at worst was interpreted as a caricature of a lewd sexual act. The Olympic torch has been compared to a gaudy model of an ice cream cone. Some team uniforms use muted shades of green or blue rather than the red, white, and blue of the national flag. The architecture of the new stadia is rarely memorable, except for a nearby observation tower and the controversy about the main Olympic Stadium’s plastic wraps donated by Dow Chemicals, which inherited the legacy of the lethal chemical discharge at Bhopal, India, in 1984. Before they get to the stadia, most visitors will pass through airports, trains, buses, highways, and towns with little aesthetic appeal or efficiency.

Certainly, the planning has included many flunked artistic opportunities, helping to explain the contingent excitement at home, at least outside of London. Perhaps the most enduring legacy will be the repositioning of the Paralympics as equally important, which genuinely has been received with British enthusiasm and actually hints at traditional British emphasis on fair play and triumph over adversity.

British governments have sought to leverage British art too to stoke national cohesion. Tony Blair quickly invited popular musicians and television celebrities into Downing Street and the early years of his premiership were marked by a certain confidence that was known as “Cool Britannia,” but this confidence soon dispersed.

Today British art is less aesthetic than conceptual, epitomized by the annual Turner Prize named after Joseph Turner – a Victorian painter. Associated with pickled sharks, unmade beds, and video pieces of highly personal or parochial significance, the Turner Prize is the most publicized but also controversial prize in British art. Such art appeals to a handful of collectors but not most Britons or visitors.

The government’s advertising of Britain has focused on antique legacies, such as castles, and high culture, such as classical paintings and music, although this has little in common with current British popular culture. A minority of Britons consume almost all the high culture, while most Britons do not look beyond televised talent shows, game shows, situational comedies, and dance music.

Read the third and last part of this series on Monday, July 16.