Africa is the birthplace of humanity and the continent with the oldest history. Yet it is the youngest continent still seeking its tryst with destiny. Africa’s storied narrative is as enduring as the Nile, and yet it has long been ignored by mainstream media.

Therefore, we have decided to right that wrong. We have decided to tell you the story of Africa with its multitudinous cadences and intricate plots. The great continent is on the march despite all trials and tribulations. It bubbles with the energy of youth and pulsates with hope for the 21st century. There is a great story waiting to be told and, therefore, we begin our first chapter of Africa This Month.

This has been a tough month for the global economy. Markets have tumbled from Tokyo and Dubai to London and New York. The slowing Chinese economy is casting a dark shadow on Latin America and Africa. Its insatiable hunger for commodities is waning. As a result, Brazil is in deep recession. South Africa is not doing much better and other African economies such as Angola, Ghana and Mozambique are suffering too. The Chinese no longer need as much copper, tin, iron, oil and other raw materials. So, commodity prices have crashed and so have African economies.

In 2015, African exports to China amounted to $67 billion. This was 38% less than the figure for 2014. Chinese investment in Africa also fell by 40% in the first six months of 2015. Nigeria and South Africa, the two largest African economies, are in dire straits. Their currencies have fallen to record lows. This has increased the cost of servicing their debt. Credit rating agencies have lowered or downgraded their outlook. Hence, borrowing has become more expensive. Unsurprisingly, the International Monetary Fund (IMF) predicts lower growth rates for Africa because of lower commodity prices and higher borrowing costs.

Economic downturn is particularly damaging for Nigeria. President Muhammadu Buhari is taking on Boko Haram, a radical Islamist group that has long unleashed violence in the region. This costs money. However, Nigeria earns 80% of its revenues from oil and does not have much cash in the bank these days. Former President Goodluck Jonathan’s national security adviser is under arrest. He is accused of stealing $2 billion earmarked for buying weapons to fight Boko Haram. The specter of potential unrest in the Niger Delta is raising its head.

Drought is worsening the economic situation in many parts of Africa. Ethiopia’s northern Tigray and Afar regions are suffering their worst drought in 50 years. A less severe drought in 1984 killed more than a million Ethiopians. Many think Ethiopia’s drought to be “as bad for children as Syria’s war.” More than 10 million people need food aid and 400,000 children suffer malnutrition. In southern Africa, 14 million people face hunger because last year’s harvest was damaged by El Nino.

Poor political choices are hurting countries like South Africa. Inflation is rising and so is unemployment. In December 2015, President Jacob Zuma replaced the respected Nhlanhla Nene with a nonentity named David Van Rooyen as finance minister. The markets lost confidence and Zuma appointed a third person to this position in desperation. Pravin Gordhan, South Africa’s finance minister, faces a big challenge to reform an economy of shopping malls, ballooning deficits and rampant corruption.

The Horror of Terror

In Nigeria, Buhari has claimed that the war against Boko Haram is “technically” won. Yet the group continues to strike targets at will. It has launched several attacks in the northern parts of Nigeria and Cameroon. Suicide bombers are targeting crowded areas such as marketplaces. On January 25, such bombers killed at least 35 people in a marketplace in the village of Bodo in northern Cameroon. In other parts of West Africa, trouble continues to brew. On January 15, al-Murabitoun, an affiliate terrorist group of al-Qaeda led by the elusive Mokhtar Belmokhtar, attacked Ouagadougou, the capital of Burkina Faso. It was a carbon copy of the attack on an upscale hotel in Mali last year, and 32 people from 18 countries were killed.

In East Africa, Kenya’s campaign against al-Shabab in Somalia suffered its most devastating blow to date. On January 15, al-Shabab militants overran a Kenyan army base in southwestern Somalia. The group claims to have killed about 100 troops, a figure the Kenyan government vehemently denies while keeping its lips tight about the death toll.

After this incident, Kenyan forces withdrew from two military bases in the region. This vacuum has reportedly been filled by al-Shabab. Yet Kenya has declared it will remain in Somalia, and other African states seem to be set for the long haul too.

In East Africa, the African Union Mission to Somalia (AMISOM) forces, comprising over 22,000 troops and police from Kenya, Ethiopia, Uganda, Djibouti, Burundi and Sierra-Leone, lead the fight against al-Shabab. About 8,700 African Union (AU) troops from Nigeria, Cameroon, Chad, Niger and Benin are battling Boko Haram. The US is providing intelligence, surveillance and reconnaissance. France and Britain are helping too.

There are 19 general elections scheduled for 2016 on the continent. Yet it is Burundi’s controversial poll last year that is most in the news. Its president has proved to be most unlike Nelson Mandela and has amended the constitution to give himself a third term. This has led to rioting and even a failed coup. Hundreds are dead and human rights abuses are suspected. So alarming are the unfolding events that the AU passed a resolution to send troops to restore peace in Burundi. The government has declared that it would consider AU soldiers as an occupying force.

Rwandan President Paul Kagame has won 98% of referendum votes removing term limits. This means that he could stay in power forever. Kagame seems to be popular in Rwanda because he has presided over a period of high economic growth. Yet it does not bode well that the president is unable to leave office.

The bright spot in Africa is Tanzania. In 2015, it elected a president with the lowest victory margin in its history. Yet John Pombe Magufuli, nicknamed “The Bulldozer” for eminently reasonable reasons, has arguably had the best start to a presidency in the country’s colorful history. In the few months since his election, he has lived up to his campaign slogan, “Hapa kazi tu,” Swahili for “Here, it is all about work.”

After ravaging West Africa for nearly three years, the World Health Organization (WHO) served up some good news for the start of the year. It announced on January 14 that the Ebola epidemic was over—that the disease had been eradicated.

In a break from the past, Magufuli suspended lavish Independence Day celebrations. Instead, he used the day to embark on a public environmental cleaning exercise. Magufuli has curtailed unnecessary foreign travel by government officials. He has taken on corruption. He fired several top ranking state personnel, including the country’s anti-corruption tsar. He personally inspects several government offices to ascertain whether officials were performing their duties and has warned lazy officers that their days of apathy are numbered. So far, Tanzanians and other Africans are cheering him on.

Yet even Magufuli has to be kept under watch. His government has been accused of intolerance toward dissent because it shut down and banned a weekly newspaper on the grounds it was inciting violence. Tanzanians might do well to remember to keep the feet of the powerful close to the fire.

Ebola: Over or Not?

After ravaging West Africa for nearly three years, the World Health Organization (WHO) served up some good news for the start of the year. It announced on January 14 that the Ebola epidemic was over—that the disease had been eradicated. Before celebrations could begin in earnest, the WHO reported the next day that there was a probable new case of infection in Sierra Leone. This serves to demonstrate how robust and long-drawn-out the fight against this deadly disease has been. Even a single case attracts minute attention.

It is safe to expect, following lessons learned over the last three years, that the WHO and the countries affected by Ebola are battle-hardened. They have the expertise to deal with future incidences of the disease. The key question is whether the WHO has the ability to deal with a new epidemic that may break out. The recent outbreak of the Zika virus in South and Central America is a potential case in point.

Although Zika is not new to the continent, it is spreading in Brazil in an alarming way. Zika was first discovered in Uganda. The continent has not faced the explosive contagion that is unfolding in Latin America. In Brazil, experts believe Zika leads to a below-average head size and a smaller than average brain size in children born to mothers suffering from the virus—a condition known as microcephaly. It shows that Africa remains highly vulnerable to a contagion, old or new. 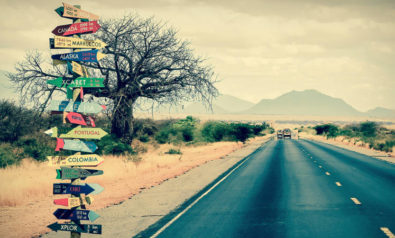 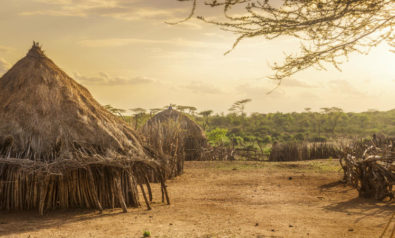